South Africans often lament the high cost of mobile data in the country. One result of this was the Competition Commission’s decision in December last year, ordering some of the country’s biggest mobile operators to slash the price of their data offerings. This led to operators cutting their prices with an average of just over 30%.

Where does South Africa’s latest data price cuts leave the country in terms of mobile data pricing around the world, though?

A recent report, compiled by the UK-based price comparison website Cable.co.uk put South Africa 148th out of 228 countries, with the average price of 1GB of mobile data costing R88, or roughly US$5.35. This puts the country almost on par with Germany (ranked at number 140) and Japan (ranked at number 137).

While some other African countries like Rwanda (64), Tanzania (23), Nigeria (58) and Kenya (41) have lower data rates than Mzansi, South Africa is still quite a bit cheaper than some big global players, including Canada (ranked at number 209 on Cable.co.uk’s list), the US (number 188), New Zealand (180) and Switzerland (191).

You’ll pay the most for data in São Tomé and Príncipe, where a gig of mobile data costs a whopping $28.26 (approximately R465).

This central platform lets Vodacom customers access certain websites without using any data. The zero-rated websites include job portals, the e-School platform (where grades R to 12 can gain access to CAPS-aligned content), the Mum & Baby platform for mothers and caretakers, selected government sites, as well as a full zero-rated internet search function that is powered by Wikipedia. With Connect U, Vodacom customers can also access Facebook Flex, a low-data alternative to the world’s most popular social networking site.

To find out more about Connect U from Vodacom, click here. Here’s how to get a free report on your business’ telecoms usageNews, Technology 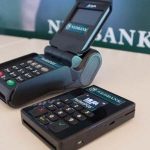