When Apple first unveiled its Face ID functionality when the iPhone X was released in 2017, the tech manufacturer couldn’t imagine that a simple facemask would be this innovative security feature’s kryptonite just three years later.

As the world started wearing masks to combat the spread of the novel coronavirus earlier this year, iPhone users started having trouble signing into their phones with Face ID. The facial recognition technology required a user’s eyes, nose and mouth to be visible in order for the security feature – which has replaced the fingerprint reader of earlier models of the iPhone – to work. In order to sign in to their devices, users had to have Face ID fail a few times before giving them the option to sign in with their passcode. Some users decided to disable Face ID entirely for the time being.

Although there isn’t much Apple can do to enable facial recognition when users are wearing masks (even if some users have found innovative ways to sidestep Face ID even with their masks on – something that Apple has discouraged for security reasons) the company has announced that it would address the issues with Face ID in iOS 13.5, which is set to release any day now.

This latest software update will likely take users directly to the sign-in via passcode screen when Face ID detects they are wearing a mask, instead of users having to try and unlock the phone a few times with Face ID – something as time-consuming as it is frustrating.

Removing your mask in order to unlock your phone requires having to touch your face – something that is highly discouraged, especially for healthcare workers and the like. This update will certainly make the lives of frontline workers with later model iPhones much easier, while saving valuable and crucial time.

iPhone users can head to Settings > General > Software Update to download iOS 13.5 as soon as it is available, which should be within the next few days. 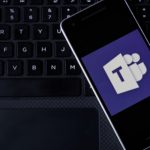